PC Has A Soundcloud!

The Clowns Are Back

NOT A GHOST: "Downtown Bend Arcade Captures Something On Camera"

THE ADAPTION (Full Book - Under Construction!)

DID MY DOG GET ABDUCTED BY ALIENS?! 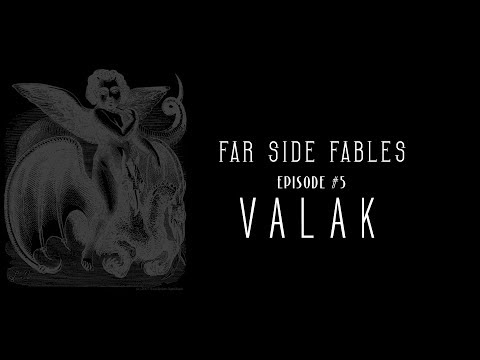 WHO IS VALAK? | The Nun Movie True Character Story

My Astral Projection Story & Why I Will Never Do It Again!

IS THIS A REAL DIRE WOLF CAUGHT ON FILM?

The Ghosts Of Christmas Mass

SILVERPILEN - The Ghost Train Of Stockholm

There's Something Strange In The Cemetery...

I SAW A BIGFOOT + Investigation Video 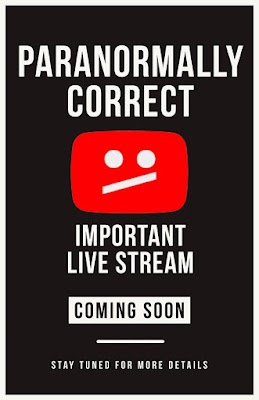 THE NEW 2020 COPPA YOUTUBE CHANGES ARE JUST AROUND THE CORNER.

WHAT DOES THAT MEAN FOR YOUR FAVORITE YOUTUBE CREATORS?


It's been a couple of weeks now since I personally first heard about the big changes coming to YouTube on January 1st, 2020. I'd noticed some articles and videos around the web mentioning COPPA all the way back to late September and early October, but in all honestly, I didn't think much about it until mid November when one of my favorite content creators said something about being fined over forty thousand dollars for breaking a new COPPA rule on the platform.

While she herself didn't break the rule, she did talk about a creator who apparently did. I found this ludicrous and immediately began to google more information on COPPA, and fines, and what it means for the future of my YouTube content. To say I was shocked would be an understatement.

Before hearing this news, I thought users of the platform would just be experiencing another adpocalypse, like the one in 2017 that nearly killed my channel. Turns out, the new TOS taking affect on Jan. 1st will be much more severe, and yes, many people will be sued for $40k per video if the video violates the new rules. You read that right. $40,000.

I've been researching for about a week now, and here's what I've discovered so far. Some of this information may be subject to change, and some of it is based on interpretation, but the looming problems are still very real.

Operators covered by the Rule must:
There are a ton of videos on YouTube right now that go into as much detail as you might want to hear about this, but in a nutshell, YouTube has once again screwed over creators to save their own ass. Technically, they've already abided by these rules with their past and current TOS, but after a large lawsuit, they passed the buck to us, the creators. Lawyers are even coming out with what can only be called translations of these new TOS rules to try and help make it clear what the future for creators hold.

The real problem comes down to the fact that we only have three choices, but really, there are only two.

First Choice:
Recently, YouTube sent out a notification to all creators, forcing them to now mark all their content as either created for kids, or not for kids at all. If you choose "created for kids", you lose your comment section, likes and dislikes, users can no longer search for your content, users can no longer save your content to a playlist, and your revenue plummets by about 90% because you lose targeted ads.

Second Choice:
If you mark your content "not for kid", you keep all your analytic stuff which is imperative to the growth of your channel. Not many people outside of creators realizes that all the features associated with a video (like those listed above) are what determine a channel's success. Rather, it's supposed to, but it has been proven that YouTube cherrypicks for success, but that's a whole other debate for another time.

So this seems like the best choice, right? Even if you DO make content for kids, right? Wrong. If you choose this option and the FTC disagrees, and decides that your content does in fact target or draw kids...

From what I understand, for every video you "mislabel", you can be sued for at least $42k and some change. Yeah, per video. So let's say I have one hundred videos that I mark as "not for kids", and ten of them are chosen by the FTC as mislabeled, I'll be taken to court and have to pay $420,000 at the very least, but some sources say that this is actually a low dollar estimate. The fine could be more! Image what kind of money that will run into for a creator who might have a thousand videos that breaks the new COPPA law -- that's a fortune!

The Third & Final Choice:
In order to survive this new TOS/COPPA law, a creator needs to produce content that does not draw in children in any way whatsoever, and only then will things stay the same for their channel. According to the guidelines of what does and doesn't draw a kid to your channel, this feat sounds damned near impossible.

According to the rules, even something as small as saying keywords like, "cool", "whatever", "fun", "free stuff" will break the new rule. Using bright colors in the video or the thumbnail breaks the rules. Using any type of animation in a video will now break the rules. This isn't even everything that will be considered "breaking the rules" when COPPA goes into effect.

Do you all remember the episode of South Park where the kids were forced to modify their Christmas play until it was guaranteed as non-offensive to everyone? That's kinda what's going on with YouTube right now, only instead of offensive, the problem is the government rule surrounding children themselves.

It actually gets worse, too. Keep in mind, I'm only summarizing a small portion of my research to get the point across.

For the three options I listed above as the only remaining choices for those of us who create YouTube content, there's yet another problem. YouTube claims it will be doing a sweep (and apparently has hired a large number of people for this particular job) so they can comb through the millions of channels and billions of videos on their platform. So, if I mark my content as "not for kids", whether it is or isn't, they can actually change that on their end, and subsequently cause me to get sued by the FTC. Thanks, Susan! /sarcasm

So what happens next? Should we all just quit YouTube? Some people are. Take for example this dude below, whom I'd never heard of until today when I searched for more COPPA related videos. 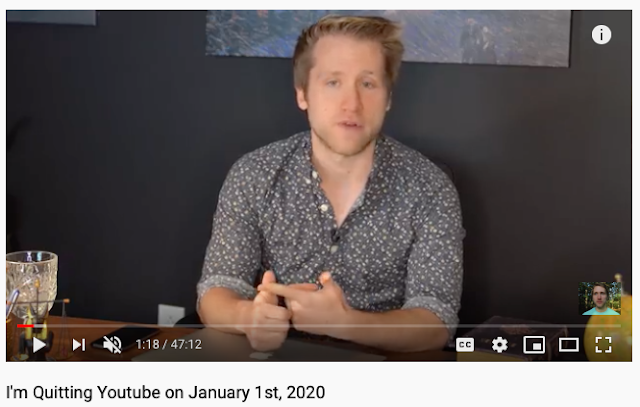 He's quitting because he says a large portion of his content will be hit hard by the new changes. Oh and, if you'll humor my sarcasm for a moment, he only made forty thousand dollars one month, or something like that.

While a lot of big YouTubers are posting videos of themselves crying in their caviar about how they can't make their mansion or Lamborghini payments, some are going so far as to push their audience into actually challenging this law by signing a petition. Chadtronic, for example, pleaded with his audience in a recent video, asking them to sign a petition that already has almost one million signatures. I hate to break it to them, but petitions have never helped anyone, at least not to my knowledge. Even if they did, they wouldn't stop the federal government. Sorry kiddos, that's just not how the world works. Take it from an old activist like me who has run dozens of petitions for various things and managed to garner thousands of signatures collectively across more than two decades. Petitions. Don't. Work. They just don't. 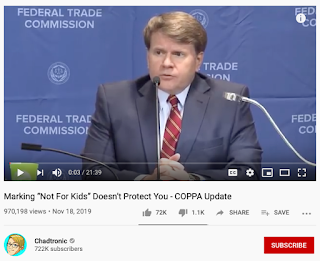 What I find especially odd about all these top tier YouTubers who are now using their platforms in an attempt to save their platforms is that none of them had anything to say about the 2017 adpocalypse. They were all deathly silent because it didn't affect them. It killed my YouTube channel, and growth has been futile for me, and many other small YouTubers I know personally.

The big YouTubers who are suddenly vocal over the COPPA changes were nowhere to be found when it was us little guys who needed saving. Now, they're all singing the same tune; "We're concerned for small channels. We're all in this together, big and small. We all need to work together, no matter the size of your channel. Sign the petition! Sign the petition!"

Hah-hah. Sorry, I just find this to be terribly ironic. There were only two YouTubers who tried to help me salvage my channel after all the new 2017 rules were instated, and I'm grateful as hell to them both still to this day, even though YouTube has made it abundantly clear that I'm shadowbanned. So thanks, Jamie Dlux and CreepyLittleBook. (Please go subscribe to them!)


Where was that "in this together" stuff when we needed help, McNugget dude?


It's nothing personal, it's just the fact that things like this go both ways. In all walks of life, the big guys expect help from the little guys, but the little guys never get anything in return from the fat cats. YouTube is no different.


So what's next for me, Paranormally Correct? I'm going to keep fighting for my brand and my work. Unlike many creators, I've been willing to do this for free all along, and I have. And if that's what it takes, then I'll continue. There's always Facebook, and I still have Para-X Radio for as long as they want me. PC will survive somehow. Well, as long as I don't get sued for millions of dollars. Then again, you can't squeeze blood out of a turnip.